SPARKY
Sparky is our first homebred whole color.  We are very excited about his prospects.  At 6-months old, he made his show career debut in September 2009 at the Bozeman/Helena Montana Cluster.  Sparky's next showing was at the ACKCSC National Specialty, in Orlando, FL, April 2010.  2012 started out with a "BANG" with Sparky winning Open Ruby Dog under Breeder Judge Katie Sloan (Turretbank) at the ACKCSC National Specialty in Oconomowoc, WI , Apr 24.  Adding to his winning streak, Breeder Judge Sherry Diagle (Twintree) awarded Sparky another 1st Place Open Ruby Dog at the Badgerland CKCSC Regional Show following the National.  Still on "Fire", we showed Sparky in Medicine Hat, Alberta, Canada May 11-13.  Mother's Day weekend must have been lucky for us, because Sparky was picked as Winner's Dog and Best of Winners all three days, giving him the final points he needed to  become Canadian Champion under Judge  Barbara Dempsey Alderman.  Thank you to all the judges (and his "fan club") who have recognized the quality of this little red head.

UPDATE: NEW CHAMPION!!!! Jul 14, 2013 Day 2 of Couer D'Alene ID Show: ANOTHER HUGE THANK YOU to Jeanne Dean and Monica Mellroth, and to my husband Dan. My dear husband "volunteered" to drive my two boys and Siv's two boys over to Spokane yesterday (6 hr drive) so that they could be shown today in Couer'd'Alene, ID.Yesterday Jeanne did a beautiful job handling Sparky (Can CH Luckycharm Playing with Fire) and also Tommy-who is my obedience dog (Luckycharm True Love BN CGC). Quite unexpectedly Tommy won Open Class again 3 other boys. AND THE ICING ON THE CAKE, SPARKY was WD for a 4-pt major.. yesterday, I mistakenly said it was a 3 pt major! Today, Sparky and Jeanne took Winner's Dog again, this time a 3 pt major...making Sparky A NEW CHAMPION...
Needless to say I am over the moon right now...ALMOST speechless (I know, that is unheard of for me). How GREAT it is to have such WONDERFUL friends and husband who made this weekend SO SPECIAL
In addition.AKC/Can CH Luckycharm Playing with Fire "Sparky" is my third generation homebred champion...and second dual champion. Sparky's mom is AKC/Can CH Luckycharm Call Me Cinderella (CC) and his dad is GCH Greatpines Grand Entrance (Dino) bred by Monica Melroth and co-owned with Siv Jendresen. 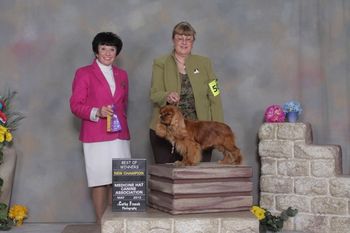 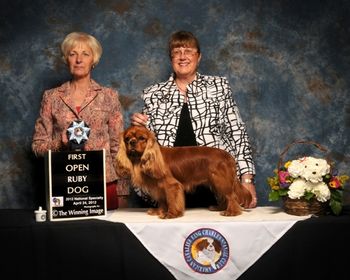 Thank you to Judge Katie Sloan, Turretbank for this wonderful win for our homebred Luckycharm Playing with Fire "Sparky". 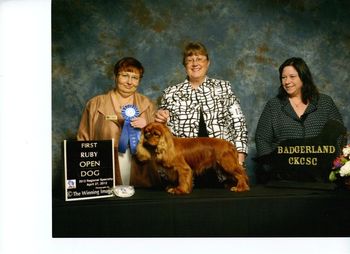 Thank you to Judge Sherry Diagle, Twintree for another great day, following up on Sparky's win of the Open Ruby Class at the National two days earlier. 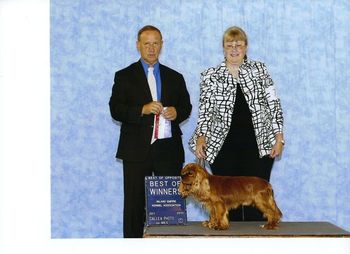 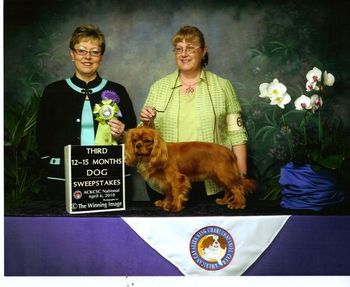 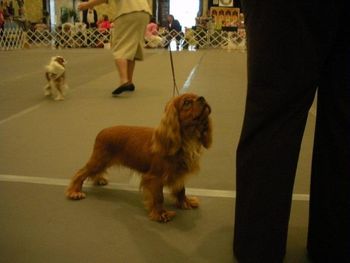 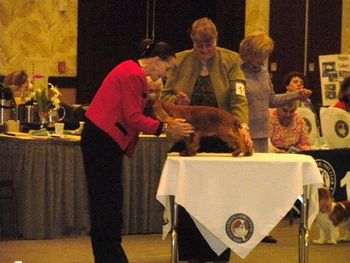 Judge: Ms. Sandra Goose Allen We didn't place in our Class-Bred By Exhibitor...very tough competition...the 1st Place finisher in this class went on to be selected as WD and BOW. 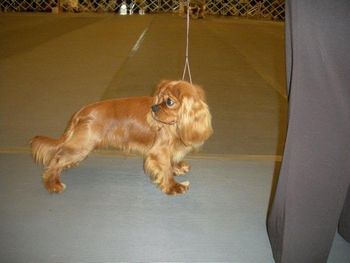 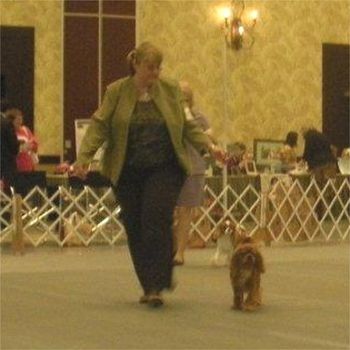 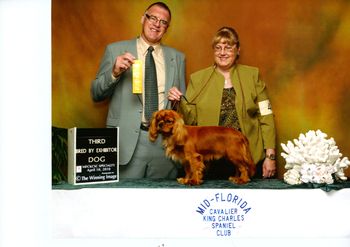 Mid-Florida Cavalier King Charles Spaniel Club Regional Specialty - Orlando Florida, April 10, 2010. Thank you to Breeder Judge Robert Lamont from Moorfields Cavaliers in Northern Ireland for 3rd place, Bred By Exhibitor Class. What a wonderful way to finish this week for Sparky...great start for this youngster...Can't wait until next year!!! 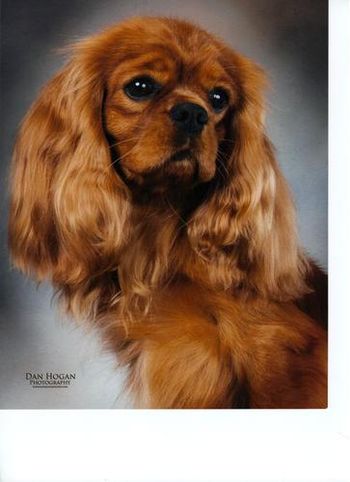 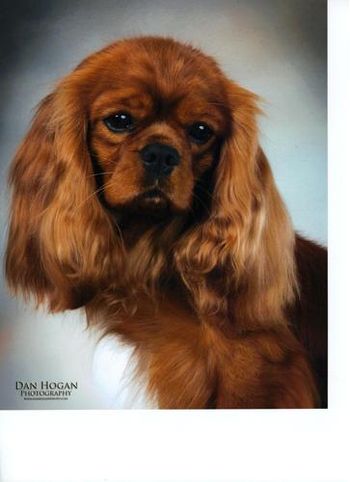 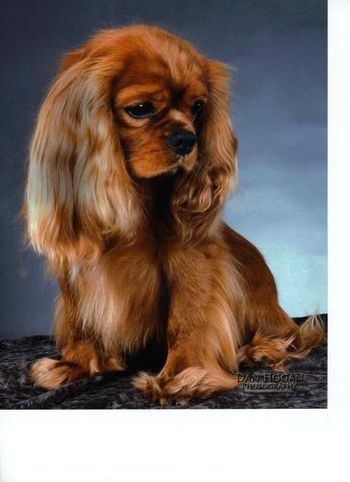 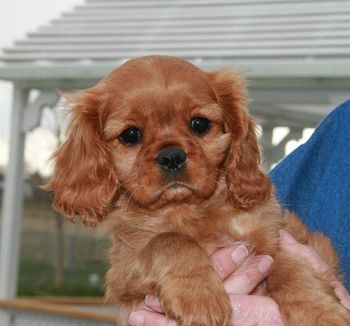 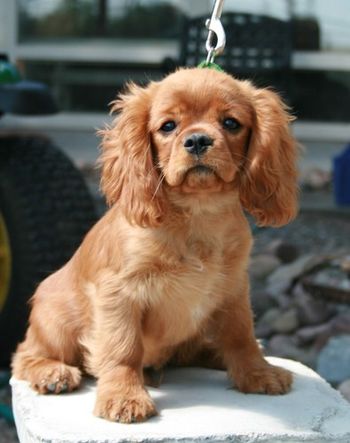 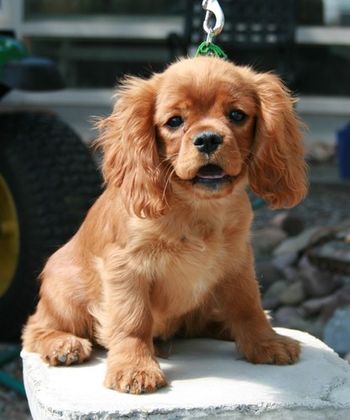 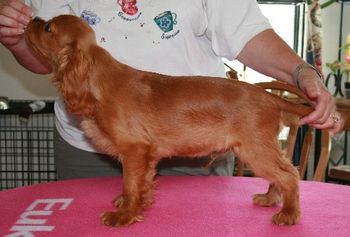 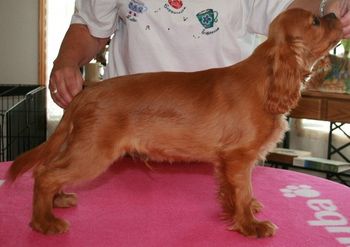 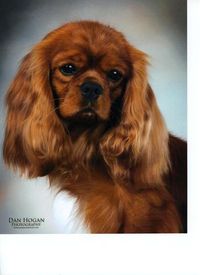